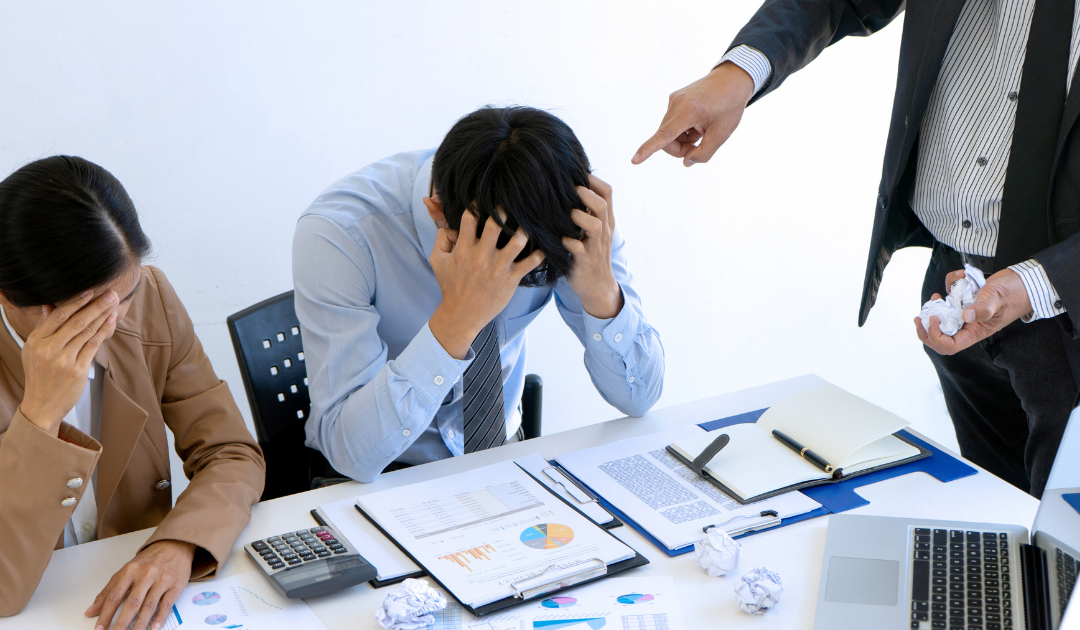 In a recent article, I discussed indirect aggressors (also known as passive aggressives), specifically how to navigate button pushers and manipulations. This is an expansive topic. Passive aggression is essentially a self-centered, rebellious kind of behavior that defies direction or control. It’s very similar to the behavior of children from the ages of 8 to 12.

Children in that age group are going through a stage called latency. They may be rebellious; unlike older adolescents, they are usually afraid to be directly confrontational. Instead, they’ll “yes” you to death and then do whatever they please. They are aware of the expectations of others, but they have no interest in meeting them. If you are having trouble identifying a colleague’s actions as passive-aggressive – ask yourself if the behavior resembles a 12-year-old’s behavior.

Adult passive-aggressives are very frustrating people. They can be very lovely, charming and cooperative IF they are doing what they want to do. That’s your first cue to handling them: Never exert too much control, or they’ll get rebellious.

Different types of passive-aggressives cause various challenges. The majority of these issues are ripe for awkward conversations. You have the option of confronting the problem directly on or allowing it to slide, resulting in repeat behavior. In the following sections, I’ll describe putdown artists and provide strategies for dealing with them.

“It took you a whole month to do this?” “This office looks really nice the way you fixed it up. Don’t get too used to it.” “I can’t believe I hired you.”

Verbal zaps and zingers are like sandpaper rubbing slowly across your sense of self – eventually your self-esteem wears away. Putdowns are often so much a part of our daily lives that we hardly notice them until we start feeling depressed without knowing why.

If you work for a putdown artist or with verbally abusive colleagues, you’ll start dreading coming into the office after a while. At first, you may tell yourself you’re just being too sensitive, that you shouldn’t take it personally. But let’s face it: Those comments draw blood. After enough of them, you may be ready to quit just to get out of the line of fire.

Unless you’re dealing with an out-and-out sadist, however, don’t give up so quickly. There are many effective ways to deal with putdown artists. First, you need to understand them.

Putdown artists are usually perfectionists. They were criticized as children and ended up believing that love and approval come only to those who are perfect. But you can only be “perfect” by comparison. So, perfectionists tend to put others down to boost themselves up.

Perfectionists also have the mistaken notion that high levels of dissatisfaction or complaining about others’ behavior will improve that behavior. Even though verbal putdowns are an accepted part of our culture, positive reinforcement – not negativity – creates more energy.

The first step in self-defense is recognizing that you’ve been attacked, however subtly. Signs: A queasy feeling in your stomach or a depressed feeling after a conversation. Once you know you’ve been hurt, it’s never too late to set up a defense.

Here are some suggestions to consider:

This works especially well with people who are either so dense that nothing else gets to them or who have a sense of humor themselves.

Putdown: “Are you sure you spoke with the sales department before you wrote down these sales figures? They don’t look right to me.”

Reply: “Sales department? Is that on the third floor? Why would I speak to them? They don’t actually have any sales figures, do they?”

Blink your eyes, yawn or look away. Lack of interest is a great way to modify negative behavior. People hate to think that they’re boring – especially when they were hoping to get a reaction.

When hit by a nasty remark, act like the damage is physical.

Suggestion: Put your hand up and say, “Ooh, something hit me; I wonder what it was?” and go on with the conversation. This is a signal that you are not easy prey. It will stop almost everyone except the worst offenders.

Divide an attack into its parts and respond to each of them, without putting yourself into the position of aggrieved victim.

Put-down: “Even a woman should be able to understand this!”

Reply: I didn’t realize you thought women were inferior.”

Acknowledge that you’ve been hit and confront it directly. Good replies: “I’m sure you didn’t mean to insult me.” “Is there any reason you would want to hurt my feelings?” “Are you aware how that remark would sound to some people?” Alternative strategy: Ask the person what she meant by her comment. If the putdown artist replies that she is only being honest, or is trying to help you, explain that you prefer to get support in ways that don’t hurt your feelings.

Negative comments can give you important feedback. Many managers are not skilled in communication. You only find out what others really think of you when they throw zingers your way. Use the following strategies to make the most of what you learn:

This is extremely tough. Set your feelings aside and realize that in some way you’re getting information about your work that you may need to hear. Ask yourself if there is an “element of truth” to what has been said.

Ask yourself, “Why is this person able to make me feel bad so easily?”

Is this someone you have to listen to? Is she your boss or a co-worker?

Often, we feel so devastated that we’ll hear the remark, but we won’t really understand what the person is talking about. Good questions to ask: “In what area was the conference badly organized?” “Where should I improve?”

If the person is upset, the best way to cool down is to ask for a suggestion on how to fix the complaint.

Based on what was said, figure out what was important and what wasn’t. We often give priority to something personal, like criticism of our looks, when the most important part of the conversation is a piece of technical information.

Are you willing to fix the problem? Can it be fixed? Is this person asking for too much? Is he just humiliating you?

Don’t tuck the putdown away or take it home and let it keep you up at night. A response – especially one that’s not defensive – will gain you more respect.

Some, or may all, of these examples may cause a knot in your stomach. Most of us don’t like to address this type of behavior. That is why I call these cringe moment conversations. However, in my experience, it is better to “nip things in the bud” than allow passive aggressives to continue the hold of power.