Being accepted into an Ivy League top 10 school with a full scholarship was the dream of a lifetime for Casey. Her growing up years found her in numerous softball leagues. Her skills on the pitching mound garnered the attention of many college recruiters. As she arrived on the Ivy League campus her freshman year, she was full of excitement for the athletic program as well as the rigorous academic regimen.

Early on, she noticed some of her teammates were incurring injuries as a result of certain training protocols demanded by the Head Coach. Further, once injured, the players were badgered into playing by the Head Coach against the advice of the team physician. Casey began to notice a pattern of the Head Coach and Assistant Coaches using abusive language on and off the field with the team. This resulted in a demoralized and fearful team. Playing statistics went down – mental health issues increased.

And then, it happened to Casey. She incurred a stress fracture in her tibia. The team physician prescribed an orthopedic boot to alleviate the pain and allow for better healing. In spite of the injury, Casey played game after game.

Over the following two weeks we worked on the script Casey would use. We discussed the reasons and rationalizations Casey confronted in anticipating the meeting with the Head Coach. For example, Casey questioned herself as to whether she was searching for individual solace or was she desiring a change in her softball community.

Further, she gave serious thought to her wish that someone else would handle the conversation – perhaps one of the  trainers or Assistant Coaches. Casey was firm in her resolve to honor her values. I asked Casey to tell me more about her values. She replied, “I value respect for all, kindness, transparency, honesty, fairness, and compassion.” Casey was clear about how she wanted to be in the conversation with her coach. She wanted to be calm, respectful, and candid.

Casey began her script by saying:

I want to talk with you about some concerns and observations I have. May I continue? I noticed when I injured my leg, the language towards me became hostile, demeaning, and accusatory. I’d like to better understand how we can work together to have a respectful and collaborative coach/player relationship.

Casey reported the coach was tense and defensive at the beginning of the conversation. Casey and I had worked together to develop some questions to support the script if there were moments of defensiveness. Some of the questions were: “What motivation strategies do you feel are most effective with our team?”, “How can the team measure success other than winning games?”, “What can I do to support positive changes on the team?”

The Head Coach agreed to hold a subsequent team meeting. At the team meeting, teammates voiced concerns about the hostile language and treatment they were experiencing from the Head Coach. The team stated they felt fearful, unmotivated, and disempowered. They expressed concern there would be retaliation following the meeting. The Head Coach became angry and defensive. Casey intervened and suggested that each player and the Head Coach take some time to consider how they could each honor personal values. The team discussed what that would look like on the team. The team agreed to include an agenda item on values at each team meeting.

Within hours, the team surrounded Casey to give support. Feeling anger and frustration toward the Head Coach, the team decided to escalate their concerns to the university Athletic Director and the Vice President of Student Affairs. The student newspaper wrote scathing articles about the softball culture and the Head Coach’s history with the softball team.

A month passed. The university sent a notice to the players and coach that an investigation with an outside lawyer would ensue over the summer. During this time, two Assistant Coaches and the trainer resigned and accepted positions at other universities. Freshman athletes who had signed to join the team backed out of their commitments.

The results of the investigation revealed a toxic environment led by the abrasive Head Coach. In spite of the investigation facts, the university agreed to retain the Head Coach. She was placed on a performance plan that would be closely monitored by senior administration. She was asked to work with a consultant who specializes in working with leaders perceived as hostile, disruptive, or abrasive.

The university Athletic Director followed up with each team member. Casey considered returning to the team when invited by the Athletic Director. She chose to not return. She is deeply aware of the courage she demonstrated in facing her fears and honoring her values in the conversations with the Head Coach. Her teammates have all expressed how much they respect and admire her. Casey lost something she highly cherished – being a pitcher for an Ivy League team. Despite her initial sadness and deep disappointment, Casey gained a profound conviction that she took the honorable path of giving voice to her values. She is an honors student who graduated in May 2020. The Head Coach continues leadership development coaching.

This case profoundly demonstrates the power of giving voice to values, the courage to enter a conversation with a respectful script, the challenge of managing a myriad of emotions and the recognition that one cannot always control the outcome of a situation.

Giving voice to values played an important role in this case through supporting the process of creating a script for Casey in meeting with her coach. Casey had already made the decision that she needed to surface the dysfunctional team dynamics with the Head Coach. She and her teammates had discussed the reasons and rationalizations – it won’t make any difference, our hands are tied, the Head Coach will get angry and retaliate, the university will not believe or support our concerns. Casey needed support in countering these rationalizations and moving to understand how to take action. Fortunately, there were a number of enablers for Casey, including the support of her parents, her grandmother, her university advisor, the team physician, and the team trainer.

Casey’s teammates frequently tell her they admire the courage and conviction she had in taking action. She is viewed as a role model by her teammates. Casey views the outcome as an initial loss, disillusionment, and disappointment. As time has gone by, she fervently believes she learned and modeled the GVV approach with awareness, analysis, decision-making and scripting leading to increased confidence. As Casey’s coach, I see this as an ultimate win for her. Her confidence is grounded in her values and her deep belief that no matter the circumstances she will face in life, she will do so with dignity, grace, and deep conviction to give voice to her values – even when the outcome is less than positive.

I asked Casey if she would take these actions again knowing what she knows about the outcome. Her response, “Without a doubt. It was the right thing to do.” I was Casey’s coach as she navigated this dilemma. 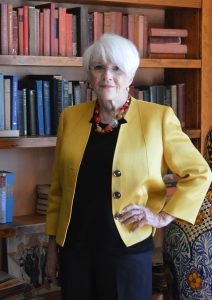